Warning: "continue" targeting switch is equivalent to "break". Did you mean to use "continue 2"? in /kunden/248657_10243/webseiten/2020.energydialogue.berlin/wp/wp-content/plugins/revslider/includes/output.class.php on line 3706
 Stefan Kapferer – BETD 2020 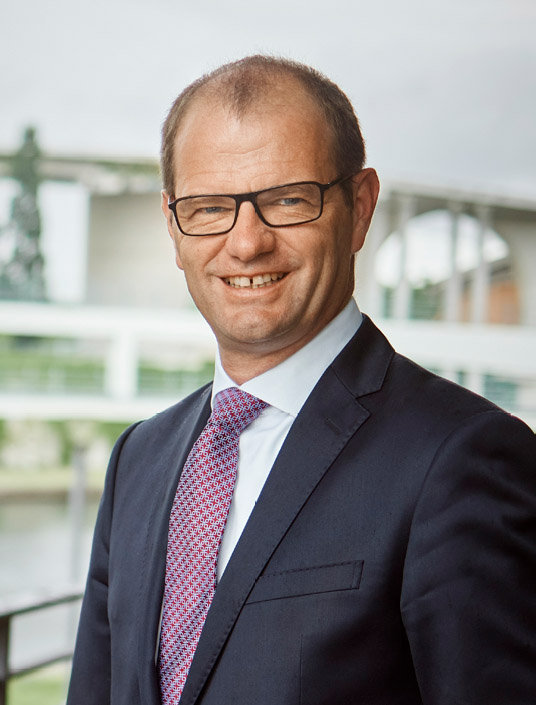 Stefan Kapferer has been Chairman of the Management Board of 50Hertz since December 2019 and member of the steering committee of the German-Belgian Elia Group (Elia Group Committee). As part of the Elia Group, 50Hertz operates the transmission grid in northern and eastern Germany and is responsible for the secure electricity supply to around 18 million people. The share of fluctuating renewable energies in the 50Hertz grid area is 60 percent, which is a worldwide peak value.

Stefan Kapferer looks back on a long career in politics and business. For several years he was State Secretary in various departments at state and federal level. In 2011, he was appointed State Secretary at the Federal Ministry of Economics and Technology and was thus also responsible for the energy sector. He represented the ministry in the EU Council of Energy Ministers and was Chairman of the Supervisory Board of the German Energy Agency (dena). From 2014 to 2016 Kapferer was Deputy Secretary-General of the Organisation for Economic Cooperation and Development (OECD) in Paris. From 2016 to 2019 Stefan Kapferer was Chairman of the Executive Board of the Federal Association of the German Energy and Water Industries (BDEW). During this time, as a member of the „Commission for Growth, Structural Change and Employment“, he helped to prepare a phase-out of coal-fired power generation in Germany, which was supported by a broad social consensus.

The geopolitics of grid infrastructure